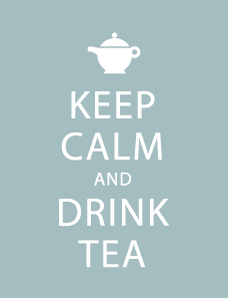 Warm Up with Hot Drinks

Don’t bother going outside today. Once you get back from where ever you are–school, work or whatever–just stay inside, where layers and drink up.

Pour the honey, boiling water, and whiskey into a mug. Add tea bags and let it seep a few minutes. Spice it with the cinnamon and put in the slice of lemon. Let the mixture stand for 5 minutes so the flavors can mingle, then sprinkle with a pinch of nutmeg before serving.

Add all ingredients to a blender and blend for 3o seconds, until top is frothy. Drink immediately. 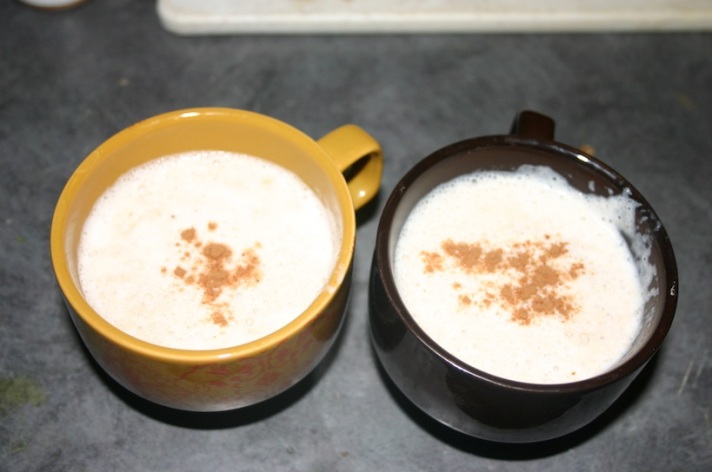 Blend the banana and milk in a blender until smooth. Mix the cocoa powder, maple syrup and vanilla in separate bowl by hand. Add the chocolate mixture to the banana drink and blend until smooth. Pour mixture in mugs, leaving room for it to foam, and microwave one minute. Sprinkle cinnamon on top and enjoy.

HOMEMADE HOT COCOA
1 cup milk of choice per person (real milk or vegan milk will all work)
1t cocoa powder per person (I use Trader Joe’s or Hershey’s, and it doesn’t need a kosher symbol)
1/2t vanilla (or 1t if you’re making a lot of cups of milk)
1.5t maple syrup per cup of milk

Heat milk in a sauce pot on medium heat for a few minutes without letting it boil. In a separate bowl, stir together cocoa powder, cinnamon, vanilla and syrup. Once milk is hot, stir chocolate mixture into the pot.
dash cinnamon. If it’s bitter, add a little more syrup.

Brew the tea for a long time, so it’s fairly hot. Heat the milk in a pot or microwave. Add milk, vanilla, stevia, almond and cinnamon to a blender and blend a few minutes until frothy. Stir the milk mixture into the tea and serve.

2 thoughts on “Warm Up with Hot Drinks”