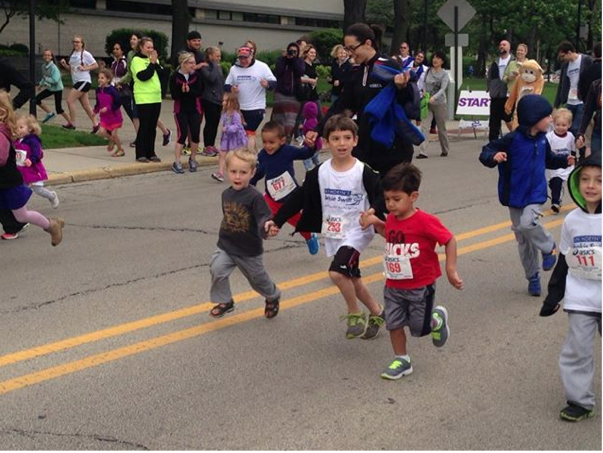 Running for a cause

My kids and I are running races two Sundays in a row. Now, before you write me off as an overzealous mom, consider the two causes that happened to fall on consecutive weeks. Last weekend’s Dan Horyne Skokie Swift 5K brought together Skokie community members and hundreds of those touched by the too-short life of Niles North teacher and cross country coach Dan Horyne. And while I didn’t know Dan, members of my family were very close to him, and we were proud to join an event in his memory and honor.

This Sunday, we’ll run the 15th annual Race Against Hate in Evanston, where my kids and I will join a community program of thousands of people who stand up against hate and intolerance (there’s still time to sign up!). It’s a race I try to join every year, not only because it’s local, fun and well-run, but also because I feel connected to the ideals. I remember the day Northwestern Coach Ricky Birdsong was killed and six of our community members were injured. I wasn’t yet a Chicago resident, but I was among the many students and community members at Indiana University who had been protesting the white supremacist on our campus and his message for months before the shootings.

The message of giving money and energy to important causes is one that I hope to impart upon my kids. That, and the message that running (and racing!) is lots of fun.

One thought on “Running for a cause”